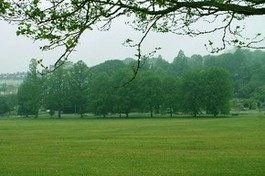 What's happening to our Elms?

Elm Disease update Autumn 2014
One of the major ‘tools’ supporting the local Elm programme has always been to avoid pruning works during June to September when the Elm Bark Beetles (Scolytids) are at their most active and seeking both moribund trees as a potential breeding site or new lush growth for newly emerged beetles to feed on. The latter is particularly important in the control programme as the open feeding grooves made by the new emergents become the means for fungal spores to enter the tree and potentially claim another victim. When Elms are pruned the open pruning wounds release a number of chemicals with some, for example cubebene, acting as a specific attractor to Scolytids thus allowing them to target Elms by following the chemical plume released by pruning.
I note from the City’s figures that Disease losses remain relatively low to date this season with no major individual trees lost from the landscape. Some residents are still surprised that Elm Disease still claims the lives of trees locally given the success of the Control programme over so many years but since the epidemic of the late 1920s and subsequent epidemics caused by an evolving fungus the disease potential has remained endemic. The major factor is that it is not possible to entirely eradicate the Elm Bark Beetle that provides the means for the fungal spores to enter the tree and that pockets of infected tree may exist in remote locations or even in back gardens where they are not easily detected. In fact this year it seems that many of the diseased trees detected have been found in private gardens and the owners will benefit from having these removed at the City’s cost as a vital part of the Control Programme. Thanks should be given to inspecting officers for their diligence. 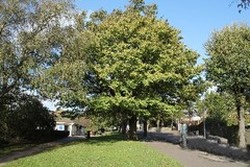 Some woodland or areas such as elements in Hangleton that are difficult to access with the necessary equipment and where high numbers of now infected English Elms have propagated from shared root plates might appear to the layman to have been forgotten. However, repeated sorties into such areas where root transmission is rife is costly in both finance and physical effort with little or no hope of eradicating the disease. Instead the City’s Arboriculturists will regularly inspect trees in these areas looking specifically for any trees that have been colonised by Elm Bark Beetles. If such trees are found these are dealt with immediately as the beetles produced here could eventually fly to healthy Elms in the City. While the remainder of infected trees will die the areas the remote areas where these are situated are generally rich in other tree species and as the Elms die and eventually decompose, other species grow into the available space thus healing the short term visual effects of the original losses. Such policies allow Finance and time to be allocated to other sites where the loss of trees would be extremely detrimental visually and where natural regeneration would not be possible 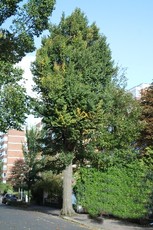